Motorcycles and Switzerland’s pristine landscapes go hand in hand. In the past, German, Italian, British, and Japanese sports bikes dominated, and it was rare to see any American-made motorcycles winding through the Alpine passes. Lately, however, it’s more commonplace to hear the rumbling of V-Twin muscle bouncing off the sheer rock faces. Harley-Davidson made great inroads in Europe, and there is another American company becoming a serious player : Indian !

Motorcycles and Switzerland’s pristine landscapes go hand in hand. In the past, German, Italian, British, and Japanese sports bikes dominated, and it was rare to see any American-made motorcycles winding through the Alpine passes. Lately, however, it’s more commonplace to hear the rumbling of V-Twin muscle bouncing off the sheer rock faces. Harley-Davidson made great inroads in Europe, and there is another American company becoming a serious player : Indian ! 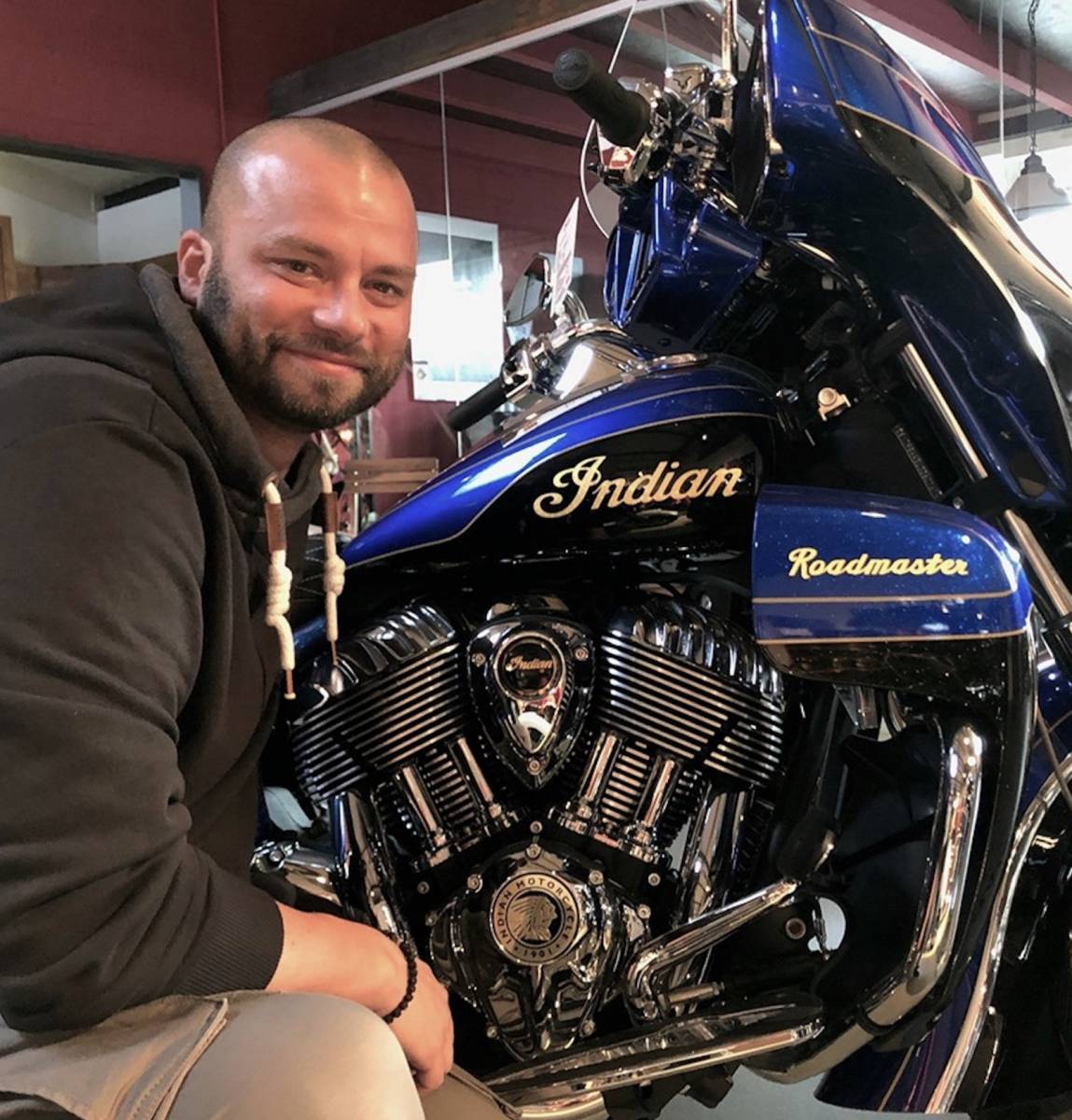 The Indian Motorcycle Company is America’s oldest, founded in 1901 (two years older than Harley-Davidson). After early successes, then closure, fits and starts and failed resurrections, recreational vehicle giant Polaris bought the brand in 2012. Against all odds, Indian has become a resounding success.

So successful, in fact, that Polaris closed its original motorcycle brand, Victory, in 2017 to concentrate exclusively on Indian.

Differently styled, Indian motorcycles are not necessarily instantly recognizable, but people know immediately they aren’t Harleys, which engenders great interest. On any given day, more people will be admiring the Indians in parking lots than the Harleys. 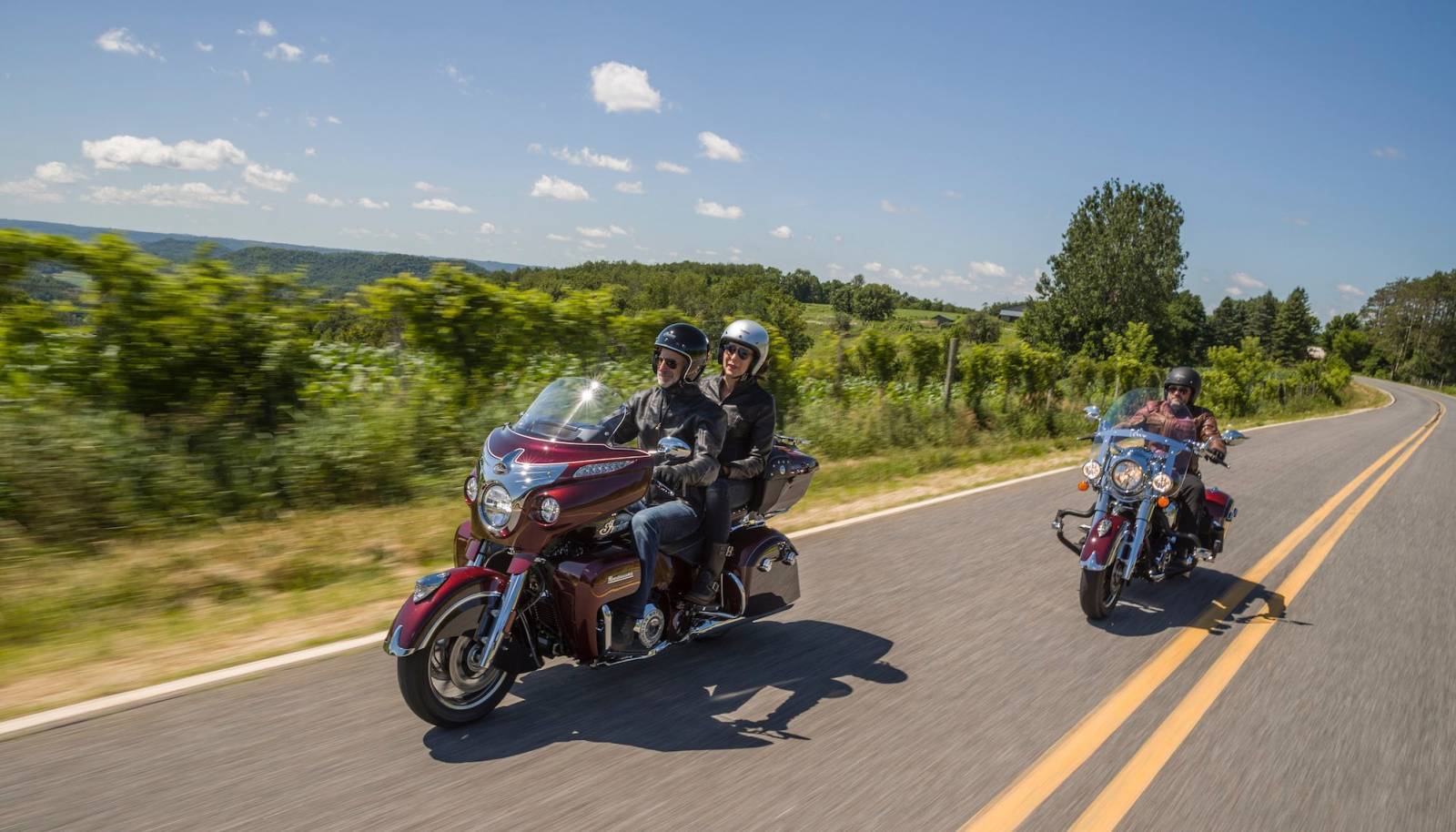 The Swiss distributor for Indian, Simota GmbH, has a long history with the marque, having sold Indians even before Polaris bought the brand. After Indian was relaunched, Simota continued as distributor, and success followed. 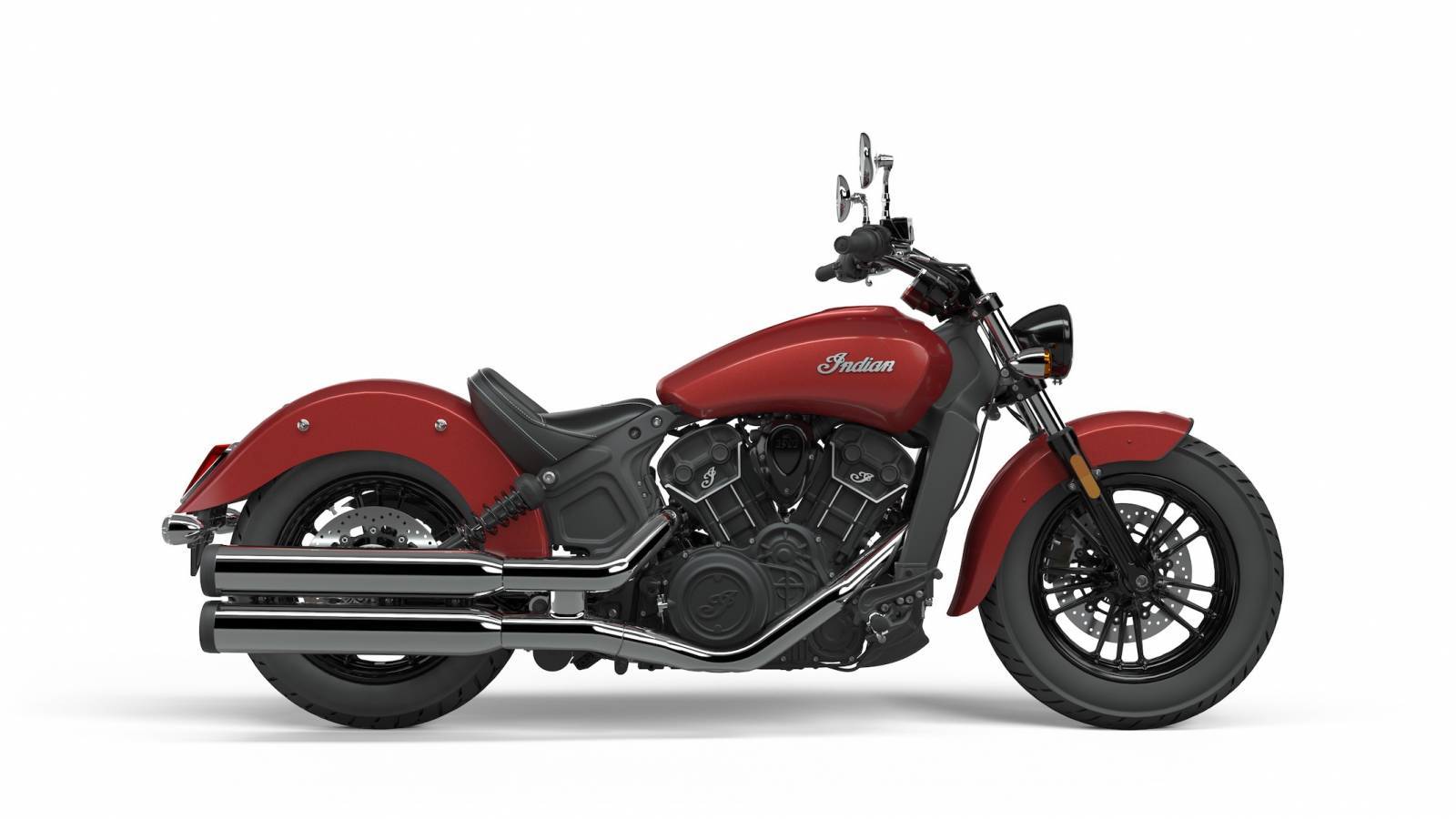 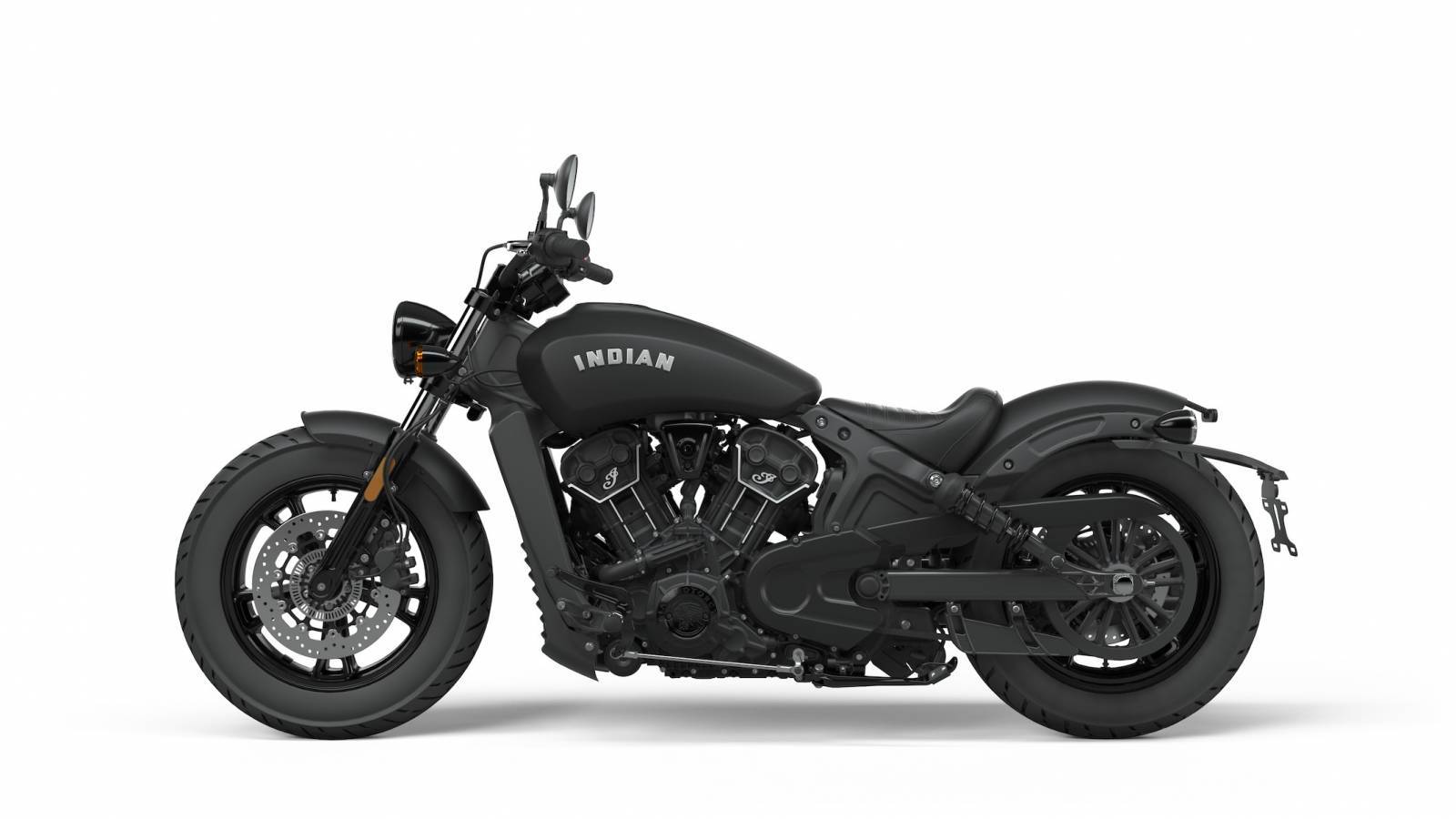 RoadBook: When did Indian enter Switzerland?

Francesco Marinelli: Indian is the first American motorcycle company, in fact, after the First World War, it was the biggest motorcycle company in the world. During the Second World War, Indian focused on the war effort and not on their consumer dealers, so they lost their dealers in the USA to Harley. The biggest step in the modern-day story was in 2012 when Polaris bought the brand name and relaunched it, focusing on engineering, production, and doing it right.

Indian came into Switzerland in 2008 – Stefan Vogel, CEO of Simota, was a distributor for Mastercraft and Sea Ray boats at the time. The owner of Mastercraft in America was the owner of Indian before Polaris, and Simota was the Indian distributor, but the Indian they offered was super expensive. When Polaris took it over, they kept Simota as the distributor, increased the range and reduced the prices, and he became the distributor of Victory as well. In 2015, the big Indian range came in, with more models, more segments, more colors.

In 2020, we sold almost 600 motorcycles, which is up 25% over last year. The biggest segment we have is mid-size, with the Scout, then heavyweight (cruiser, bagger) and the third is the FTR for younger people.

RB: Why do you think Indian has been so successful in general, and in Switzerland in particular?

FM: I think in Switzerland, it’s about the American way of life. With the Scout and the Scout Bobber, and the FTR, young people see Indian as a cool brand, a lifestyle brand. The heritage and the new history really resonate with people, and we really focus on the lifestyle and passion of Indian.

FM: I think Harley is a beautiful brand, but Indian is different. Indian is smaller, more exclusive, and it’s fresher and younger. The brand is older, but the spirit is younger. Our customers, they tell me they buy because Indian is more exclusive than Harley. It’s a niche market.

We do a lot of Indian events - the Swiss Moto show, we have a cooperation with Ace Café, and we do a lot of Open Days in the dealers. Now in the COVID time, we don’t have a chance to hold events, but we do a lot of test rides. This year, we have to focus on digital marketing because we can’t do events.

RB: About what are you most excited?

RB: Indian has really expanded its range since its launch. Can you break down the key lines and how they are different, and what kind of rider they are for?

FM: We have the Scout Group, the Heavyweights (Roadmaster, Chieftain, Springfield, Challenger), and the FTR, which is in its second year. I think Indian has great potential. We have to learn more about this market and our competitors.

RB: Is Indian going to address the beginning rider with a lower capacity motorcycle?

FM: I don’t know. For the European market, we need a smaller capacity bike, but for now we have no information.

RB: Polaris used to own Victory and now they only have Indian. Will any of the Victory products come into Indian?

FM: A lot of the Victory technology has already come into Indian. One example is the new liquid-cooled engine in the Challenger, which was developed by Victory. The Indian line-up, however, is exclusively Indian.

RB: Do you have a favorite model?

FM: My favorite is the Chieftain Dark Horse. It’s a nice bike, it’s an amazing ride, and it’s cool. This the bike I ride.

RB: How about a favorite ride in Switzerland, something that is perfect for riding an Indian?

FM: For me, Switzerland is great for motorcycle riding. Many regions have great and amazing rides, with passes and mountains. I love Switzerland, especially Ticino and Valais. I live near Aargau, and there are many great rides there. 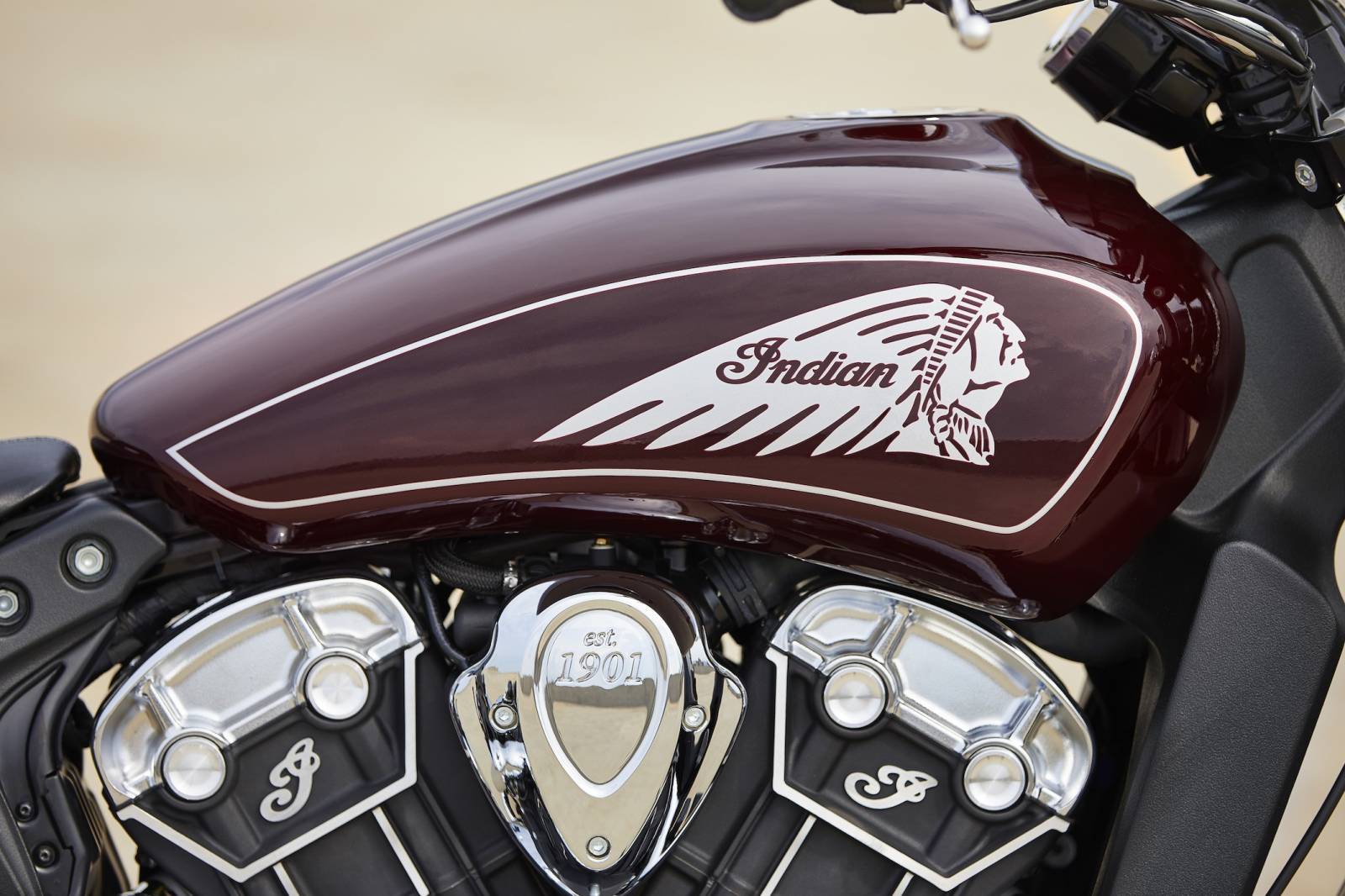 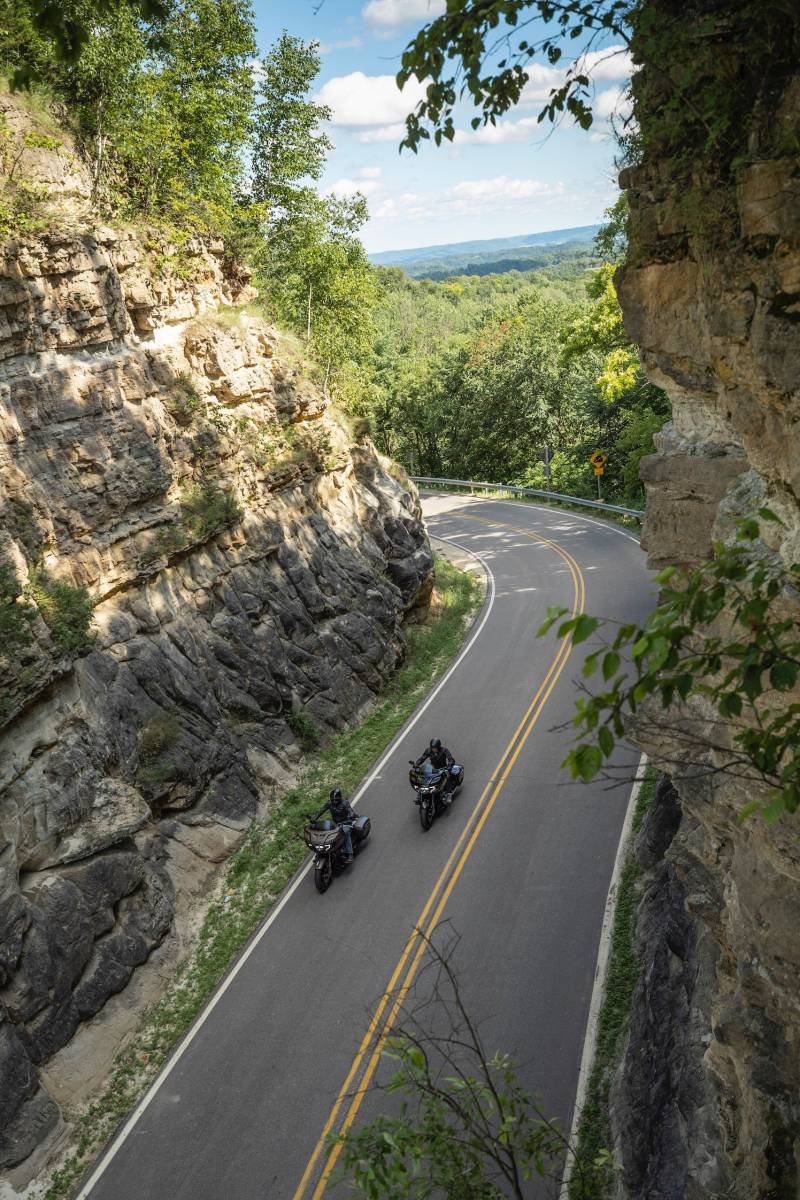 I test rode an Indian in Las Vegas when they first re-introduced the brand under the ownership of Polaris. The range was very limited then, but I was impressed then and I am even more impressed today as Indian has become a brand to be reckoned with, producing great motorcycles with incredible motors, at a standard of quality equal to or better than any company in the industry.

Last year, Indian loaned me two motorcycles to ride in Switzerland for a longer-term test (10 days). I was eager to ride both the Scout and the Chieftain at leisure, running errands, crisscrossing Switzerland and going for rides. Neither motorcycle disappointed. They are two completely different bikes — the Scout is physically much smaller, lithe, quick and very powerful. I felt I could ride the Scout anywhere, and that’s the point. It’s a fun bike that is good for just about every task short of full-on touring (though with accessories, this is also possible).

I had a lot of fun on the Scout, riding out into the Jura and tearing up the windy roads. The Scout was comfortable, responsive, shifting and accelerating smoothly. Riding it put a genuine smile on my face every time I cranked the throttle and I felt confident on the Scout. I also loved the look of the Scout engine, with its almost skeletonized finish.

The Chieftain is another animal entirely. Long and with a much bigger engine, the Chieftain is a little intimidating. In fact, several riders I enlisted to test ride with me were reluctant to even get on the Chieftain, because of its imposing length, breadth and heft.

But one ride dispels all those concerns and you fall in love with the comfort, the sound, the torque and the entire experience. You can’t flick the Chieftain around like you can the Scout, but that’s the point of the Chieftain. The Scout runs ahead and checks things out, the Chieftain is stately, proud and never in a rush.

That’s not to say that the Chieftain can’t hustle when you want it to, but you won’t want to. You want to sit back, watch the scenery slide by while you listen and appreciate the deep rumble of the Thunderstroke engine Every single rider got off the Chieftain loving the growl of the engine and the different experience of the Chieftain.

For the time I had the bikes, I felt like I was in an exclusive club. Sure, there are Indians around, but they are not the predominant bikes on the road yet, so there was a level of curiosity that I haven’t felt for a long time. Wherever I rode or parked, people would check out the bike, stop and look and even take pictures.

I liked both motorcycles, but if I had to choose, I’d choose the Indian Chieftain. I love the position of the Chieftain, which is comfortable and puts you squarely in control of the bike. I also love the engine of the Chieftain, which sounds fantastic when you twist the throttle. I especially enjoyed blasting through tunnels on my ride, revving the engine and reveling in the throaty song of the Thunderstroke engine as it bounced off the walls.

10 days might seem like a long time, but when it was over, it seemed to have gone by in the blink of an eye. After the bikes were returned, there was a hole in my heart.

I went outside shortly after the Indians left and one of my neighbors, an 82-year old matriarch who has always been extremely prim and proper, leaned close and asked, “What happened to the Indian motorcycles?” I told her that they had to go back, that they weren’t mine, I was only testing them. “Quel dommage,” she replied wistfully. “What a pity! It was great to see them there. They were so beautiful.” 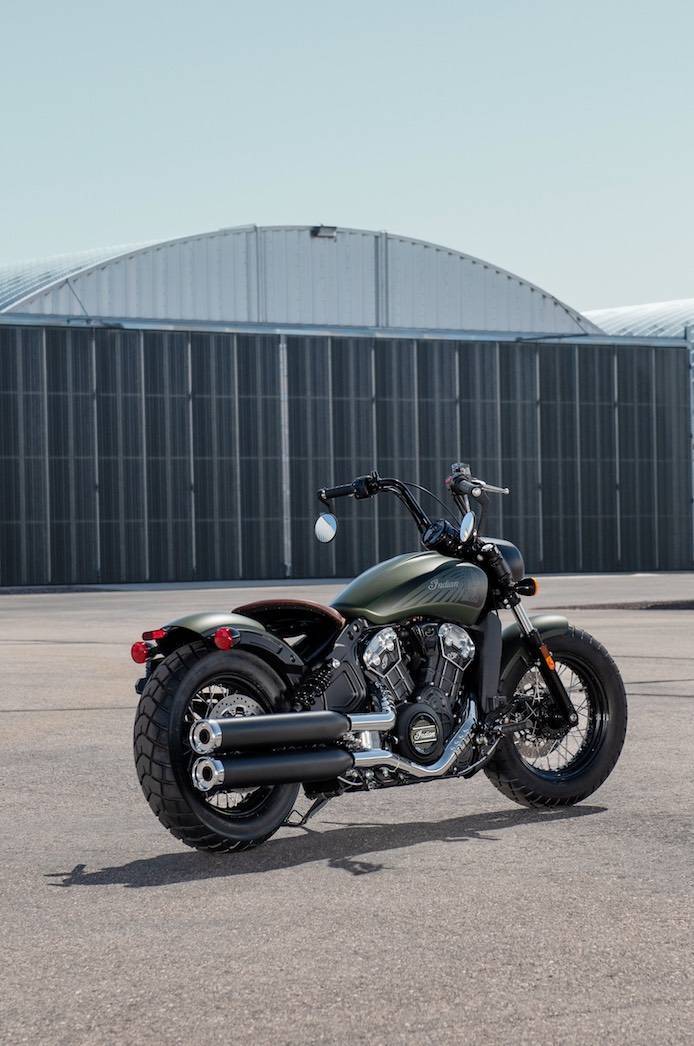 “We’re extremely motivated by the significant brand momentum we’re experiencing, and we’re as focused as ever to provide our riders with best-in-class products and experiences,” said Reid Wilson, Vice President of Indian Motorcycle. “Our riders are extremely discerning, with high expectations across the board and it’s incumbent upon us to stay on the cutting edge in style, performance, and technology. Our 2021 lineup additions and upgraded features are a result of the hard work and dedication we pour into every bike in the lineup.”

Though no new models were introduced for 2021, Indian made enhancements to its current offerings, and introduced new versions of its existing bikes. 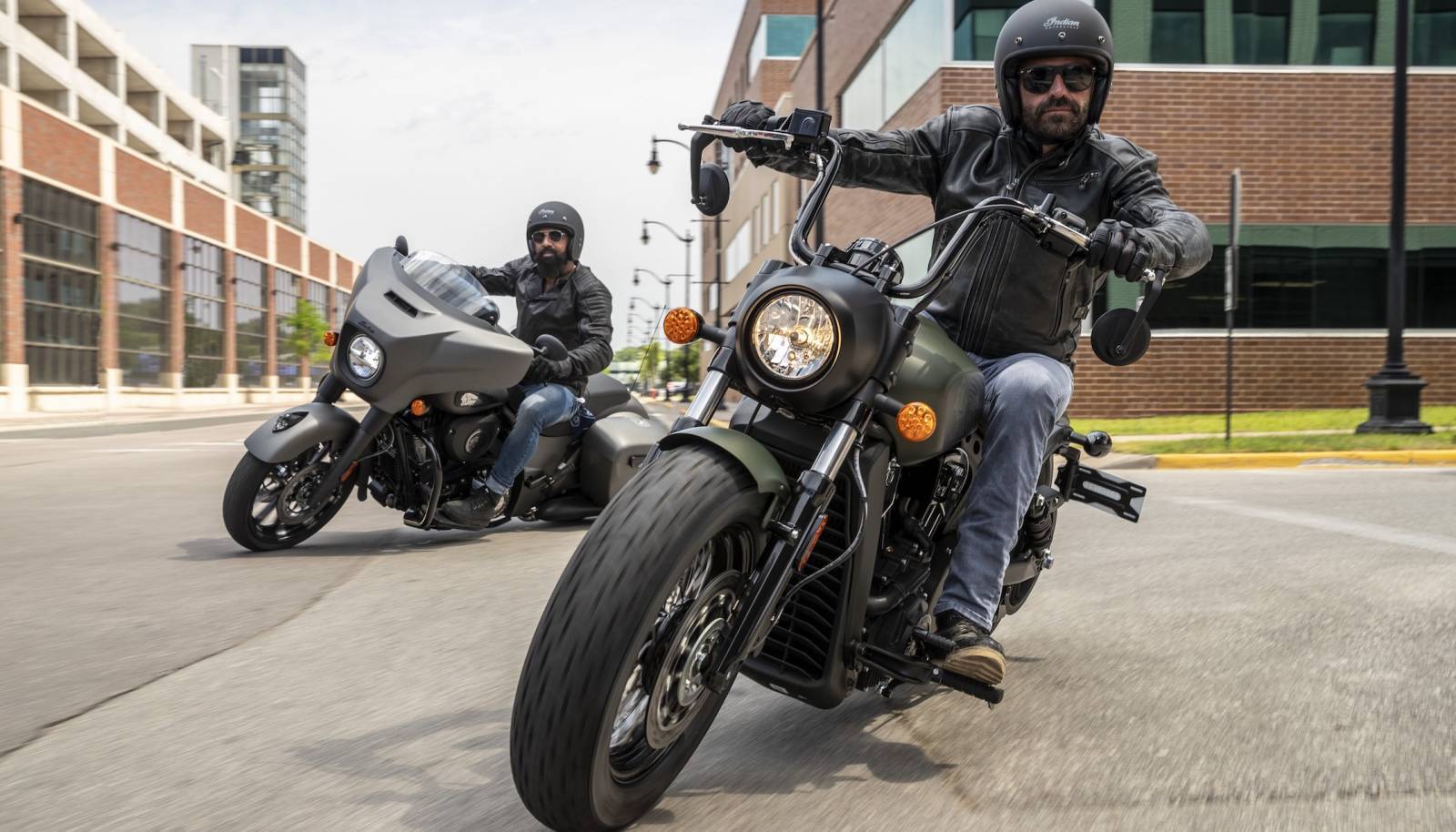