A Fiat 8V is not something you see every day. But a Ghia Supersonic and a Zagato together at the same time is like having Christmas and Easter on the same day.

A Fiat 8V is not something you see every day. But a Ghia Supersonic and a Zagato together at the same time is like having Christmas and Easter on the same day. 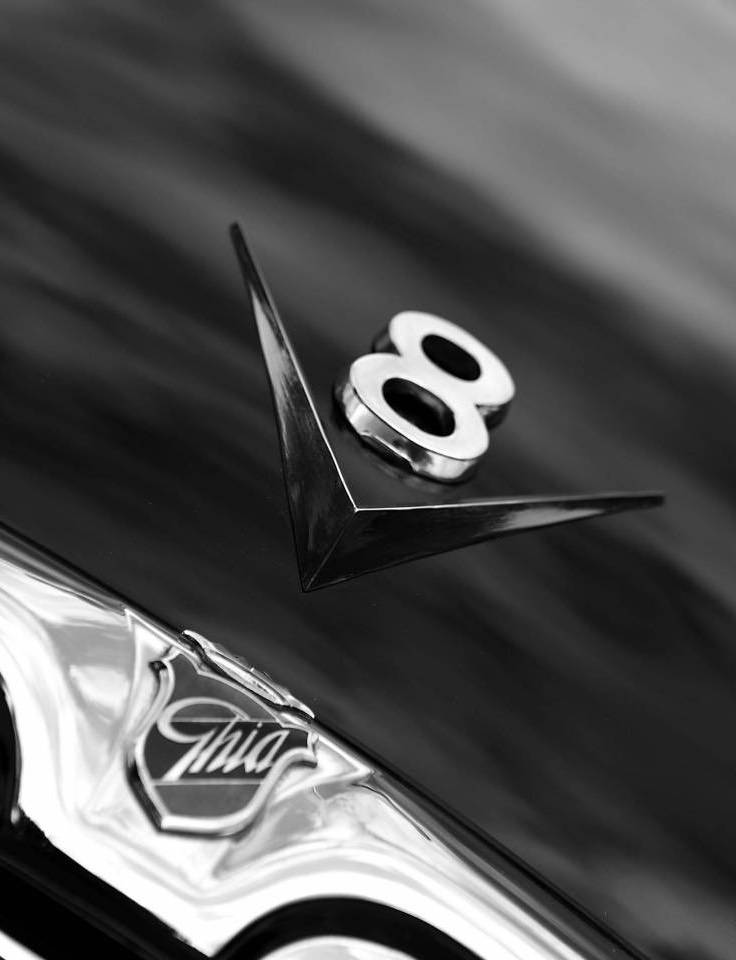 Standing in the middle of his workshop, ­Bernard Marreyt is proud. Fiat only ever built 114 Otto Vu cars, yet six of these have already come into the possession of this Belgian ­classic car specialist. Today, he is celebrating: two of them take pride of place in his showroom in Aalst. One, in fire red, has a light aluminium body by Zagato; the other, a black Ghia ­Supersonic, is even more beautiful, if that’s possible. A glance at the latter reveals where its name comes from. The ­proportions are so surprising, the forms so psychedelic and the chrome so polished that the car can only come from the jet age, the glorious 1950s when America sought to conquer air and space. “Like a jukebox on wheels,” says Marreyt with a laugh. 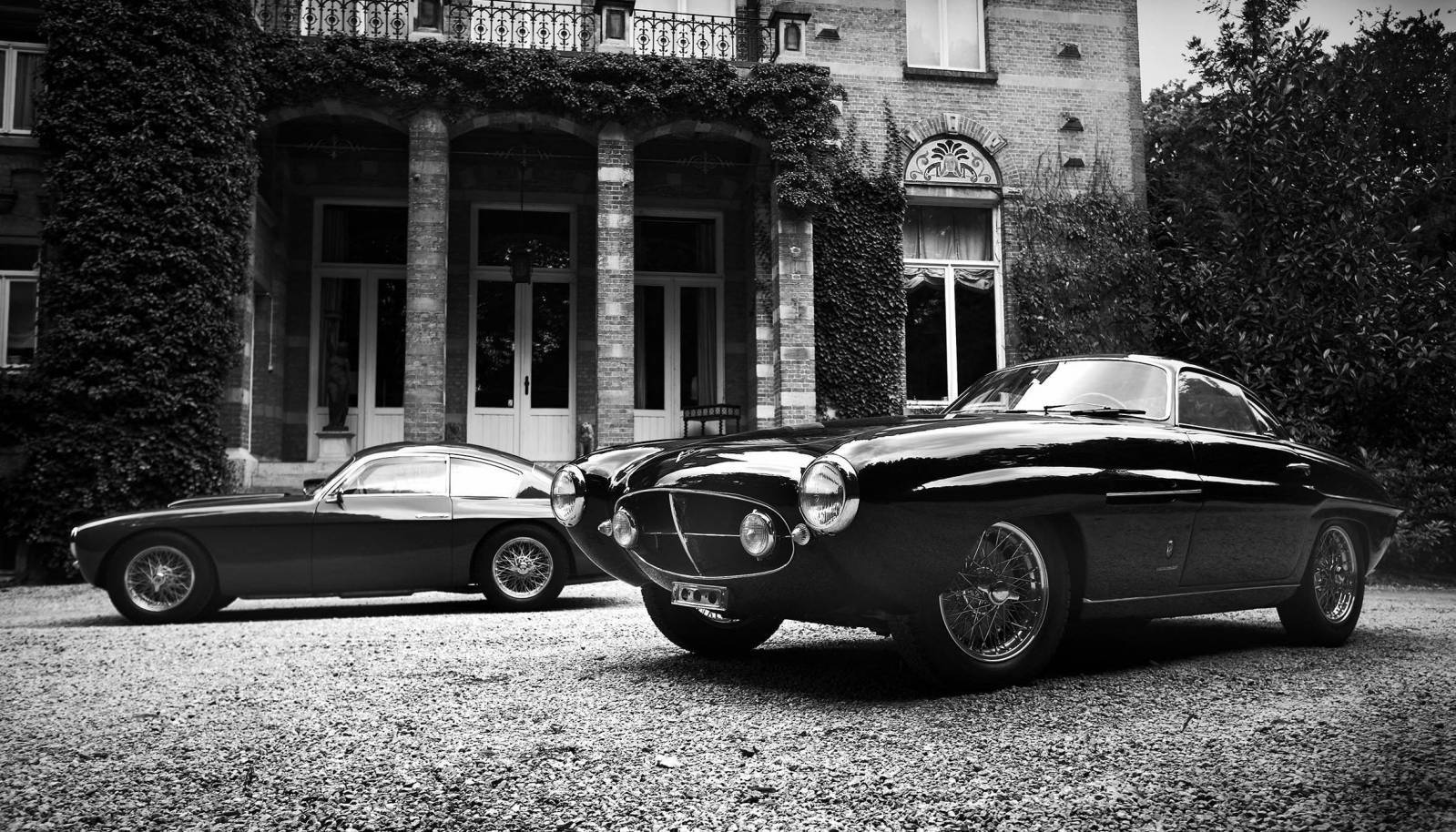 The flamboyant Supersonic appears to be worth more, but that’s just an impression. It's the Zagato that is the most expensive

The flamboyant Supersonic appears to be worth more, but that’s just an impression. “It's the Zagato that is the most expensive,” confirms Marreyt. In his view, the difference is explained partly by the Zagato effect . An Aston DB4 Zagato is at least three times the price of an ordinary DB4 GT. The same can be said of the Lancia Flaminia Zagato and the standard model. But, according to the specialist, there are other reasons why the Zagato is so popular: “The Otto Vu is a pure racing car. The light, understated body of the Zagato is the most beautiful embodiment of the Otto Vu concept. Much more so than the Supersonic, which is weighed down by the overhang and the chrome.” Marreyt even thinks the Zagato is more elegant: “If you're tired of looking at the Supersonic, the Zagato never ceases to soothe the retina,” he says in his colourful style. But the Zagato’s finish is not always perfect. 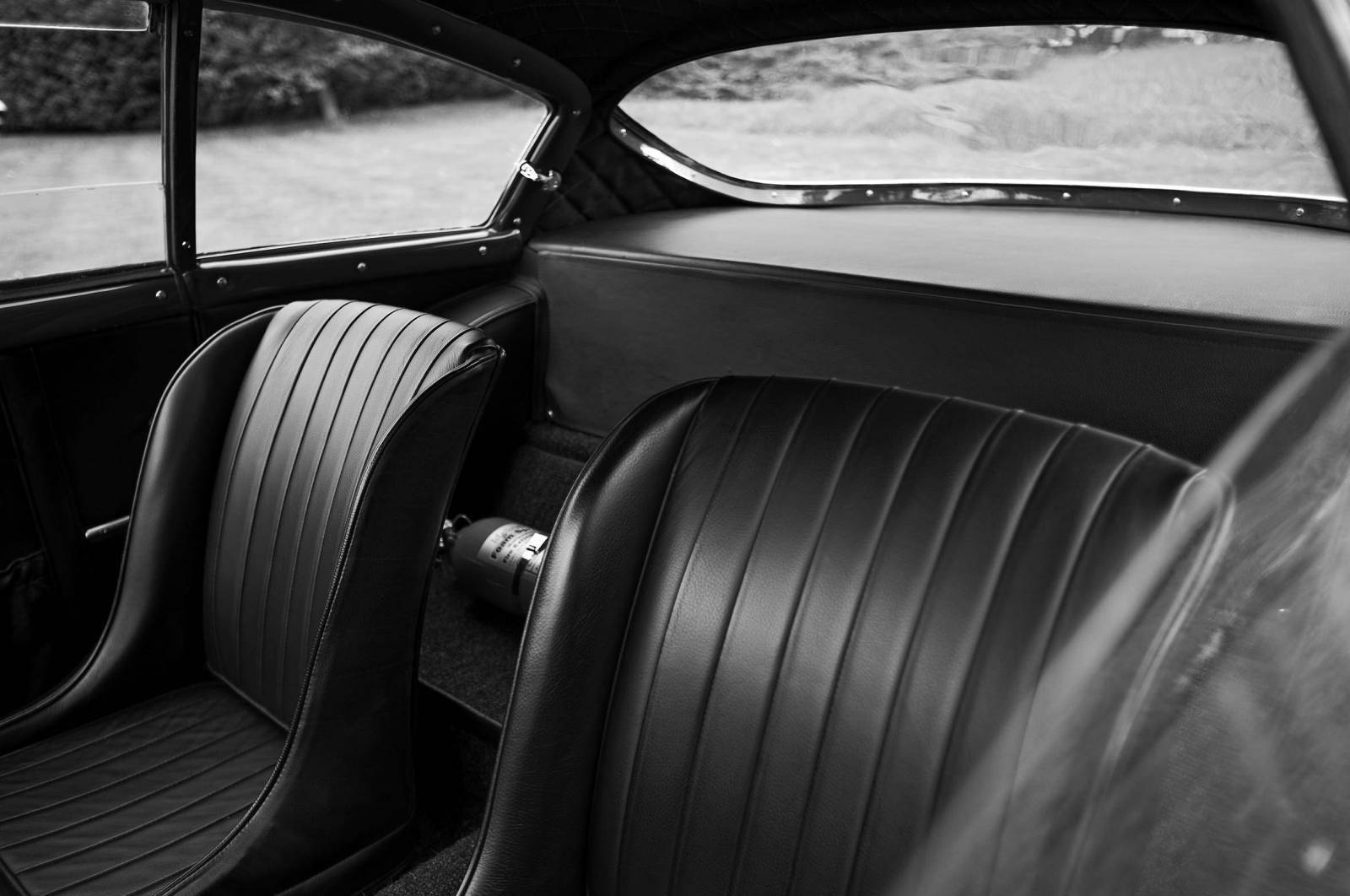 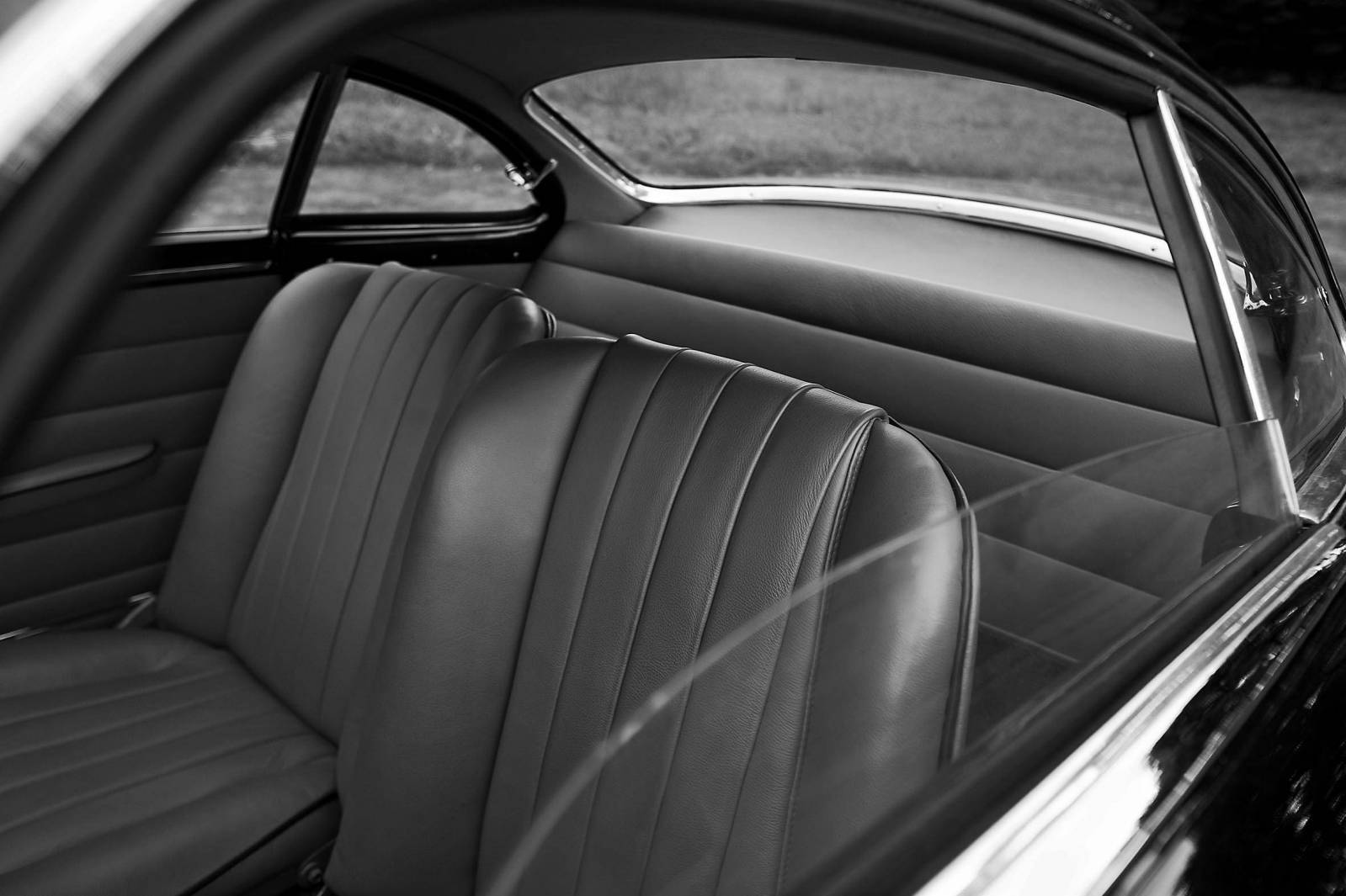 “It would make you weep sometimes. It looked like everything had been welded together by an apprentice. From that perspective, the work is much better at Touring or Pininfarina. But Zagato made racing cars that were designed to score points for a few seasons rather than be pampered for decades”. Marreyt does not ­mention any figures, but an Otto Vu bill is always hefty. That does not stop him from selling them over the telephone: “When you want one, you have little choice, given their rarity.”

The Otto Vu’s mere existence is surprising. In the 1950s, Fiat was already a mass producer, focusing on small city cars and accessible saloons. In the post-war years, the range of the Turin-based brand even fell completely out of fashion. However, at the 1952 Geneva Motor Show, Fiat unexpectedly introduced an absolutely superb racing car, equipped with a powerful V8 and independent four-wheel suspension. Today, it would be like exhibiting a supersport race car such as the ­Ferrari 488 Pista in the Fiat showrooms. It’s no surprise, ­therefore, that the brand only managed to produce 114 units.

So, under these conditions, why build this model? Because the engine was in stock. It had emerged a few years ­previously from the brilliant mind of Dante Giacosa, since the ­management believed that a large Fiat limo with a V8 could make money in America. The rollout of the two-litre V8, with its single ­camshaft and a 70° angle between the cylinder banks, had already begun when the management decided to cancel the project. They decided that it was unviable, and the engine nearly ended up, abandoned, in the steel archives. But one ­evening, after an excellent dinner at the famous Urbani trattoria, a much bolder plan took shape: why not develop the engine for a real race car? A Fiat that could outpace the Alfa 1900 and the Lancia Aurelia in the then very popular Gran Turismo 2-litre and under category? With good independent suspension, it could compete against the Ferraris and ­Maseratis that were sharing all the accolades at the time. Of course, the V8’s 105 HP was not very impressive, but the 2-litre engines of the best competitors fared little better.

Around the engine, Luigi Rapi constructed a beautiful ­hand-hammered steel body. After an initial series of 34 units, Fiat began selling rolling chassis to the major coachbuilders in the region: Pininfarina took just one, but Vignale, Zagato, and Ghia were more enthusiastic. 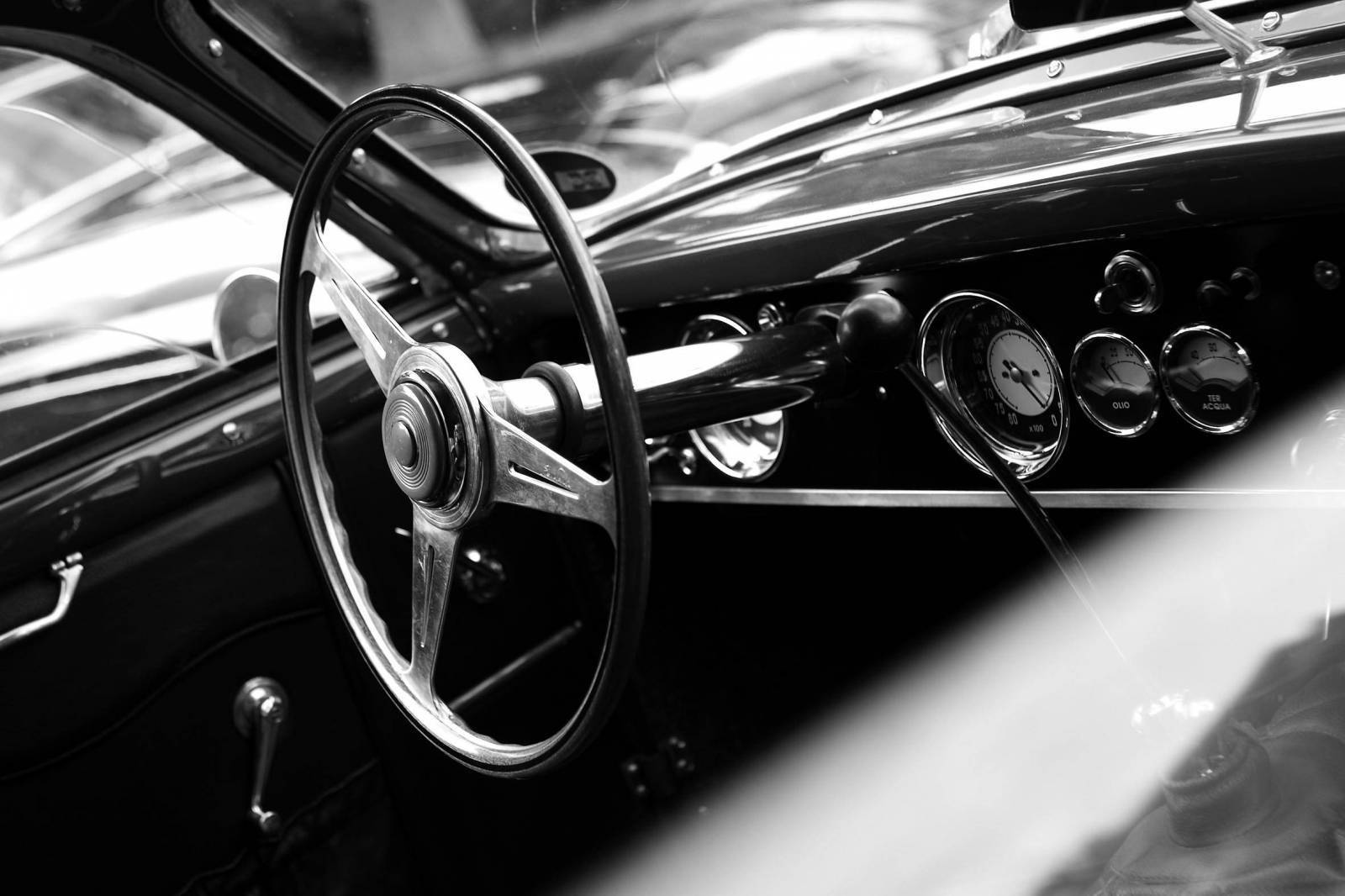 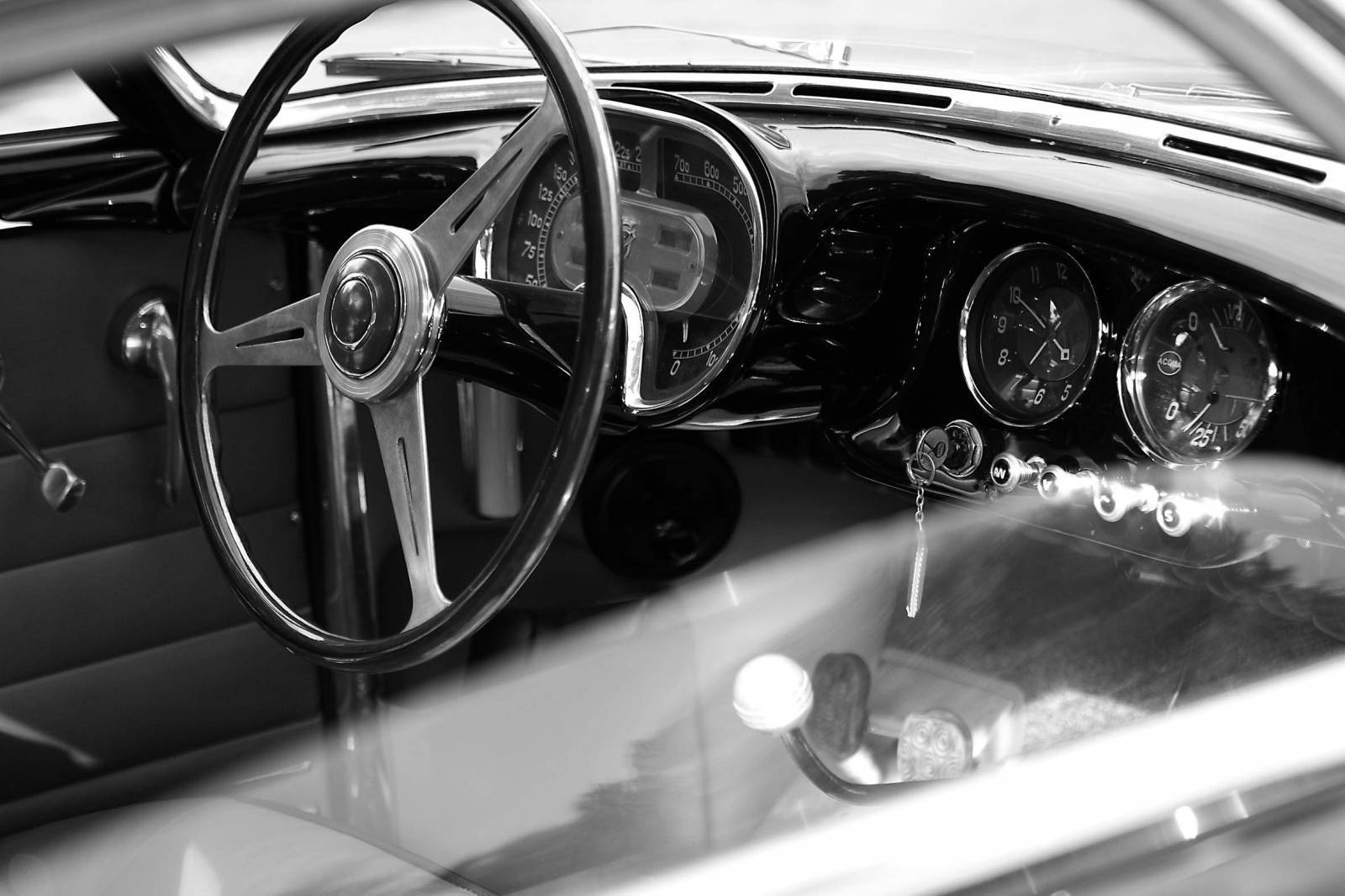 What we have here are the extremes of the same sex, two blood brothers that could hardly be more different. The Ghia Supersonic is the ideal vehicle for Betty Boo or the Queen of Sheba, but who other than Fangio or Moss could you imagine at the wheel of the Zagato? The striking Supersonic, designed by the independent Giovanni Savonuzzi, is as inconspicuous in today’s traffic as an F1 on our motorways. Our model ­­(No. 36) is the one that was exhibited at the Paris Show in 1953. At the time, the chassis was burgundy and the interior beige. It was then sold to the Japanese Consul in Paris, before receiving a simple V8 Simca and then retiring to an Alpine meadow in Switzerland. Today, the car is in Aalst, with a completely black exterior and a red interior. An interior that is, perhaps, even more beautiful than the exterior: steering wheel with three wooden spokes, counters recessed into the instrument panel, a range of dials displaying the state of the mechanics, and so on. The seats are fantastic, even if the side support is poor.

The V8 snorts with an aggressive roar before starting to sing. Neither lazy like an American V8, nor dominant like those of BMW, it is instead crisp and lively, in the Italian style. However, you can sense that the engine was not designed for racing at the outset. You need to give it time to warm up, and then rev it up before putting it to the test: below 3,000 revs almost nothing happens.

The Fiat needs about ten seconds to reach 100 km/h, and is beaten by the wind at around 190 km/h. Fast, but not unduly so, even for the time. One day, a customer even challenged Fiat to achieve the advertised top speed although it was modest. To enjoy the engine, you need to play with the gear lever so that the speed stays in the upper ranges. Fortunately, all four gears are easy to find and are almost perfectly spaced. Only the synchros require a bit of caution: in second and third gear, a small rev in neutral gives a smooth run.

Having said that, thanks to the efficiency of the chassis and the suspension, 105 HP is enough to achieve speed. The ­traction is perfect, the roll is minimal, and the front axle is sharp and precise. At first, the short wheelbase gives the impression that the car is bouncing, but it’s quite another matter once you accelerate, as befits a genuine race car. This compact Fiat is so much better balanced than the contemporary BMW and Mercedes models that the difference in power is largely offset. The steering, in particular, is a remarkable success: it is very consistent and straight, with no heaviness. The car can be positioned to the millimetre on the bends. The Otto Vu remains neutral for a long time before starting to understeer due to the weight of the engine on the front. If you brake hard, the drums on all four wheels respond correctly, but in today’s traffic, it is best to stay alert. 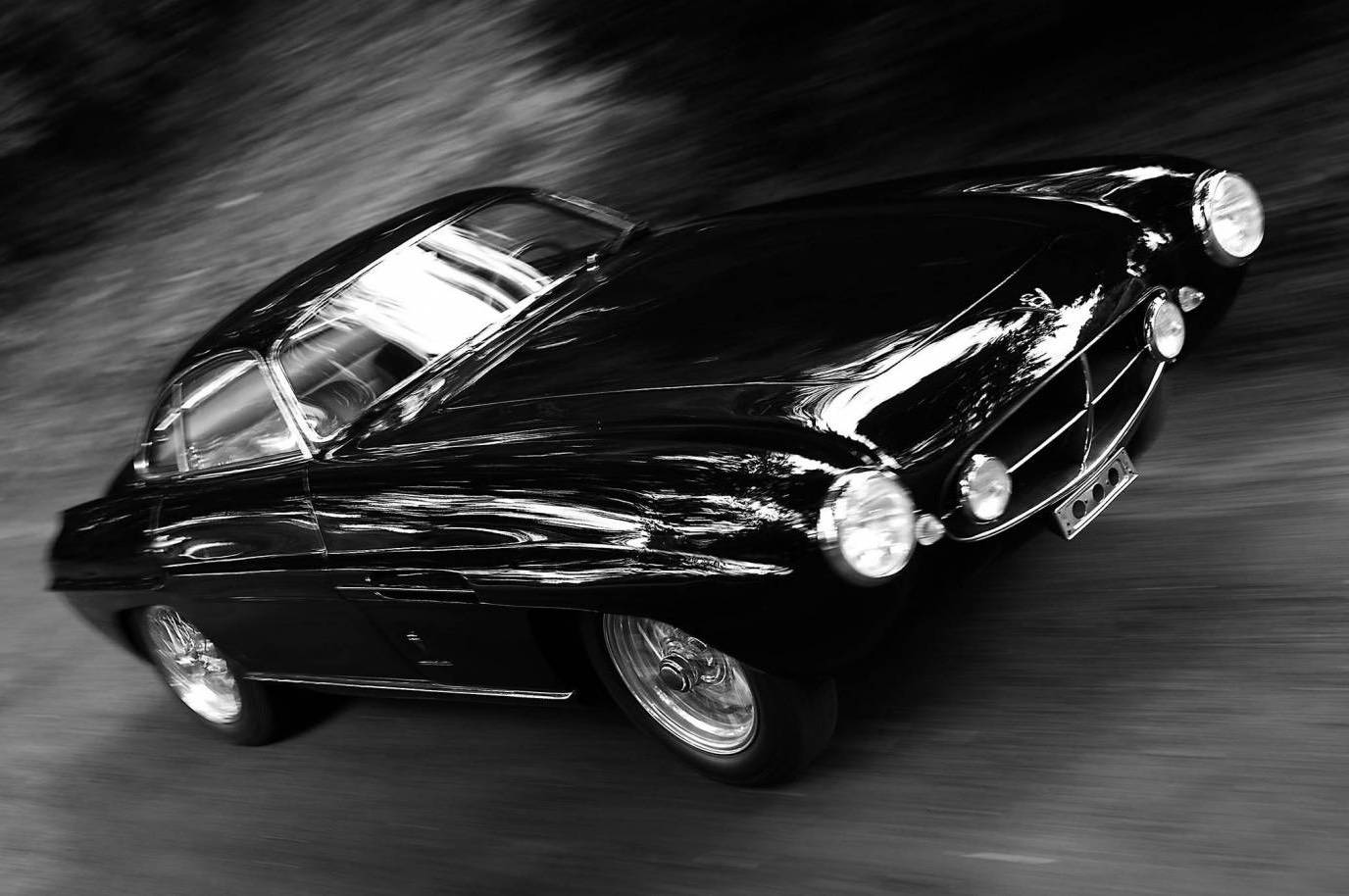 What a wonderful car the Supersonic is! In ­comparison, the Zagato creates some very different impressions. ­Unquestionably less chic, the interior is very functional and almost intimate. Two compact bucket seats, plain dashboard, long gear stick, elegant alcantara on the ceiling. Other than that, there is nothing superfluous. No luxury. But who would complain about that in a race car? The driving position is better: close to the steering wheel with your nose in the ­instruments. The Supersonic driver is seated much lower, towards the rear. That’s the price you pay for unique proportions.

With the pedal on the floor, the sensations are similar to the Supersonic but a bit more intense. As if they wanted to spice up the car. Technically, however, the changes are minor: a ­redesigned camshaft, an aluminium air intake, and ­equal-length exhausts help the engine breathe with a slightly more aggressive roar. But the major change is, clearly, in the weight. The difference is not spectacular since, with its ­aluminium chassis, the Supersonic is no elephant. The ­Zagato’s skin is still as thin as finely sliced carpaccio. One ­irritated kick and you’ll dent it. The increase is no more than 40 kilos, but below a tonne that’s the difference between excellent behaviour and incredible behaviour. The Zagato is even more beautiful when its narrow wheels are rolling on the asphalt. That’s when its proportions, finely balanced on the Borrani wheels, turn out to be muscles that stretch. This Otto Vu is a true race car. Is anyone still in doubt? 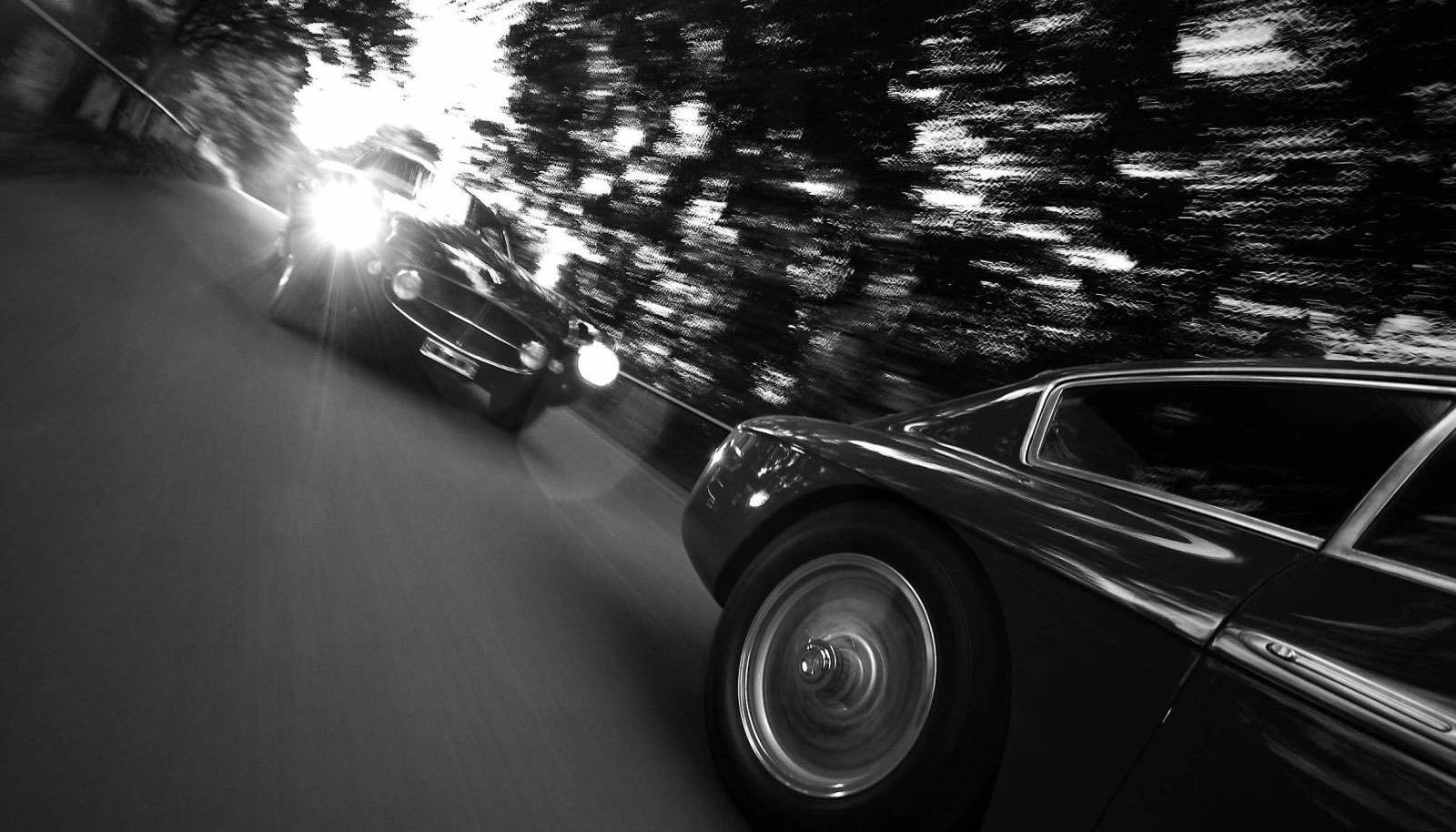